The eagerly anticipated Intel Core i9-10900K has finally had its review embargoes lifted, and retailers are listing it online to buy.

Since the launch of the AMD Ryzen chipsets, the arguments about which CPU is best has become increasingly heated. Typically, Intel has retained the top overall performance for gaming but often at a higher price point and lower multi-core performance elsewhere.

So how do things stack up now?

Technically AMD has the 16-core Ryzen 9 3950X sitting at the top of their consumer line-up but this is £160 more than the Intel, and generally, most people don’t recommend it for general use and gaming builds. The Ryzen 9 3900X is a better buy for most users, and is definitely the CPU that is closest in spec and price to the 10900K. 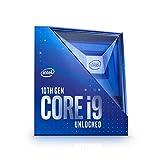 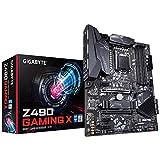 It does not fare to well in Blender either with a time that is 16.5% slower than the AMD

Most Intel fans love Intel because they are gamers, and the Intel CPUs have traditionally performed slightly better in games. It looks like this trend continues.

There is a massive advantage with Intel here, 27% higher results for the minimum FPS then 20% for average.

Similarly, Intel flexes its muscles here with a 25%  and 13% advantage.

A good example of the confusing nature of TDP numbers here. The Intel is rated at 125W while the AMD is just 105W however at idle intel draws 44W and AMD 52W, then in gaming Intel is at 347W and AMD 363W.

Unless you like wasting money, or for some reason have a particular need for the absolute best performance, the total cost of ownership is going to be a significant factor. If you can save £100 on the CPU and motherboard, that could then be used to a better GPU which would yield a bigger performance jump in gaming.

The AMD X570 landed with a premium price thanks to their PCI-E 4.0 support and a at the low end of that pricing is about £140. However, you can also use B450 and X470 motherboards here and these start from around £105 and £95 respectively.

Even if you use an X570 motherboard, this will give you a price difference of £129 which can then easily be extending to £164 if you opt for an X470 motherboard.

As usual, the is no decisive winner here if you factor in all the factors and put your bias aside. Which is a shame, it is almost like these companies deliberately make products just good enough in specific areas between generations to beat the competitor while leaving plenty of performance on the table for future generations.

In this case, Intel fan boys will be delighted to see Intel still technically being the best gaming orientated CPU.

On the flip side, the lower total cost of ownership and superior multi-core results will likely leave AMD fans arguing that the Ryzen 9 3900X is the clear winner here.

AMD also have the advantage of PCIe 4.0 and a more modern architecture using the 7nm fabrication process, but at the end of the day these arguments are moot if you just focus on gaming performance.