Facebook Begins Roll Out of Dark Mode on its Mobile App

After months of testing, and after launching dark mode options on every other one of its apps, Facebook has today confirmed that it’s now launching a full public test of dark mode within its main mobile app.

The launch video even features reverse engineering expert and app industry superstar Jane Manchun Wong, who has long been a focus of attention for dark mode fans, who pummel her with requests as to when it’s being launched for different apps.

Indeed, dark mode options have a very dedicated fandom. We regularly get asked by our readers for updates on dark mode, in various apps – though we are now reaching the point where most apps now facilitate an official dark mode option.

As noted, Facebook itself has already added dark mode options in most – if not all – of its other apps, including Messenger, Facebook Lite, WhatsApp, and Instagram. Facebook also added dark mode as part of its desktop app refresh back in March.

But the mobile app missed out. Wong spotted some initial tests of dark mode in the main Facebook app back in March, and Facebook launched a limited test of the option in June. But now, more users will be able to try it out, with the function set to come to all users over the next few months. 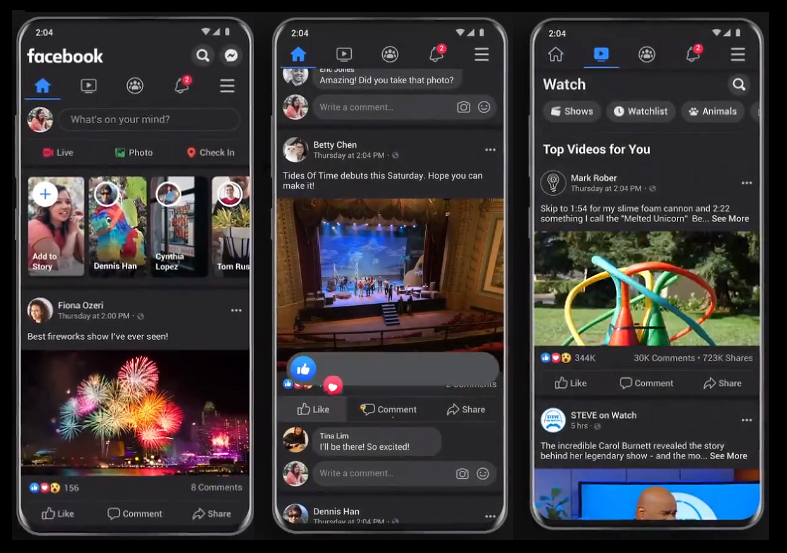 So, there it is. For those waiting on dark mode, the wait should soon be over, with Facebook beginning the new testing wave from today, providing you with a whole new color palette for your app.

That should save your eyes when scrolling through Facebook late at night – though is that why people switch to dark mode? I think most just find that it looks cooler – either way, it’s coming.