With Garmin dominating the upper end of the market, competing brands are looking at trying something different that not necessarily tries to compete like for like. We saw Suunto make a dramatic change with the introduction of a WearOS watch, sacrificing battery life in favour of all the functionality a true smartwatch OS brings.

Now Polar seems to be doing a different strategy, targeting the more affordable end of the market.  They have some superb multi-sport watches, the Grit X being the most recent launch with its rugged design focussing or demanding sports than road cycling and running. But the new Unite targets a very different market.

The Polar Unite is a strange watch from a multi-sport orientated brand, they have cut the price significantly by removing one of the main things in a sports watch, the GPS chip.

This doesn’t mean it can’t track GPS, instead, it will piggyback on the GPS from your phone, this is similar to how Fitbit works with the Versa, and many cheap fitness trackers such as the Realme Watch or Honor Band 5.

While this doesn’t not sound very appealing to me, it doesn’t mean it is a bad thing. Most people take their phone with them when they exercise, this includes myself, I don’t think I have ever been for an outdoor run or bike ride without it. So, in theory, there is no reason no to use the GPS from your phone.

That’s not quite all the changes, but it is the 2 most important.

On top of that Polar have:

You still get a lot of the unique software features that the Polar Ignite offers including: 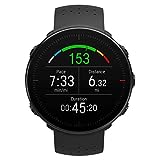 The Polar Vantage M is a different watch altogether, technically sitting higher up than the Unite and Ignite but it is worth mentioning because you can currently buy it for £210.68 and it regularly sits under £200 which is not a huge jump from the £175 Polar sell the Ignite for, and not a massive difference from the Unite.

The Vantage M is generally superior as a multi-sports watch lacked some of the features such as Sleep Plus, Nightly Recharge and others but updates for these should have rolled out by now. 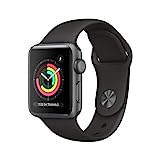 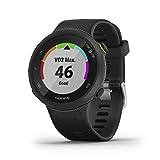 At £135 that is certainly an attractive price but in a competitive landscape, is it enough?