This year it looks set for Wi-Fi 6 to start becoming widely
adopted in both client devices but also the number of routers able to provide
this new ultra-fast Wi-Fi technology.

Wi-Fi 6 promises to do a lot more than just increase speed, and a significant focus of it is for congestion and dense deployments. However, when it comes to consumers, all the marketing focusses on the speeds.

With the Intel AX200 found in many new laptops like the Acer Swift 5, motherboard, and PCIe adaptors, one of the limiting factors has become the speed of the Ethernet.

The Intel AX200 has a theoretical speed of 2.4Gbps, and in
my testing, it has been possible to achieve over 1413 Mbits/sec, but that is
only possible if the devices providing the Wi-Fi has a multi-gig ethernet port.

So if you are thinking about getting a Wi-Fi 6 router or
another solution to provide Wi-Fi, you are limited to a smaller selection of
devices, most of which come with a high price tag. 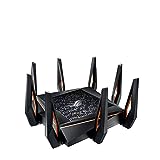 I have not reviewed this, but on paper, it looks like the
best option available. This has a 2.5Gbps LAN port, there are options for link aggregation
and can pair it up with other Asus AiMesh routers to create a mesh Wi-Fi
network. 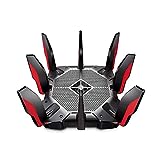 I have reviewed the TP-Link Archer AX11000, and it was superb, the first time I have ever achieved proper multi-gig speeds over Wi-Fi, the router itself is fantastic too. The only reason I would consider the Asus GT-AX11000 over this is the fact that uses the 2.5Gbps on the LAN port whereas this has it on the WAN port, so if you want to use it for your LAN, you need to use the router in access point mode. 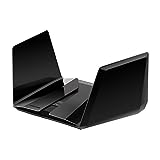 Crazy expensive even for Wi-Fi 6 standards but this has a 2.5G
Multi-Gig port that can be used for whatever you want, you can also aggregate
WAN and LAN ports but it doesn’t offer much over the other two to justify the
cost. 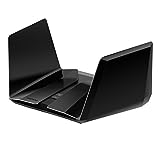 You lose a 5GHz AX band to make this more affordable than
the RAX200 but in reality, I can’t see many people noticing a difference in
performance, unless you live in a large household or if this is for office use.
This technically makes this the affordable multi-gig solution coming in at
around £20 cheaper than the TP-Link or Asus

This was announced at CES in 2018 and it was sold for a
short time, but now appears to be none existent. Wi-Fi 6 popularity still isn’t
great, so I guess this was a bit too early to the party. 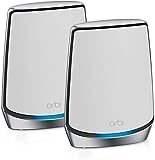 We saw a lot of W-Fi 6 mesh systems announced at CES 2020 from Netgear, D-Link and TP-Link, then there is the Ubiquiti Amplifi Alien which has come out to many favourable reviews.

However, it is only Netgear with the Orbi RBK852 that has a multi-gig ethernet port. There is a bit BUT though. It is only the primary router with the 2.5 Gbps port, and it is on the WAN, so again, you would have to switch to AP mode to use it.

Not available to buy yet but this was announced at CES 202 and should be a lot more affordable than the Orbi RBK852 with a claimed RRP of $450 and will be available from April 2020. No word on UK pricing or availability.

With access points being more business orientated devices,
the current options with multi-gig ethernet come in at a premium price. I think
it will take a couple of years before we see highly affordable solutions. 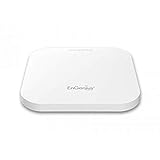 I have reviewed the more affordable EnGenius EWS357AP which has a gigabit port and max speeds of 1,200 Mbps. It is the EWS377AP where you will see multi-gig speeds with the 5GHz channel capable of 2400Mbps and a 2500 NBASE-T ethernet port. You can even get multi-gig POE via the just-announced EnGenius ECS2512FP. While this is not cheap for home or SOHO use, it is still the cheapest Wi-Fi 6 AP capable of proper multi-gig performance

If you are reading this post in the first place, the Meraki MR55 probably isn’t for you. The big boy in cloud-managed networking, Meraki is designed strictly for business, and prices to match. The Meraki MR55 AX5900 is over £1200 for the AP itself, then another £80 per year for the licence to use and manage it. This actually has a 5Gbps Ethernet port, so it sort of justifies the cost. 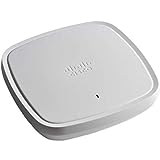 More affordable than Meraki, the cheapest model is around
£500, but this jumps up to £720 and more dependant on the antenna design. 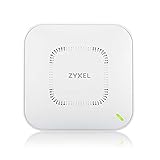 I have been a big fan of Zyxel Nebula products in the past, they offer a similar sort of UI and feature set you see on the extraordinarily expensive Meraki range, but at home and SOHO friendly prices.

The Zyxel WAX650S will sit at the top of their access point options, and therefore the price is very much business-focussed it costing around £650