First off, after they were spotted in testing in the latest beta version of the app, WhatsApp has now announced animated stickers in chats.

The stickers provide another way to engage within WhatsApp threads – and, as you may note, they’re exactly the same as those available in Messenger.

That’s no coincidence – as Facebook works towards merging the back-end functionality of its messaging platforms (Messenger, WhatsApp and Instagram Direct), that essentially means that all the functions that are available in one will also need to be available in the others, in order to ensure people can communicate in a cohesive, integrated manner. So, anything you can do in a Messenger chat thread, you’ll soon be able to do in WhatsApp, or Instagram, and vice versa, which may provide some indicator of coming features in each.

Animated stickers are another small step forward in this process.

In addition to this, WhatsApp’s adding QR codes, which it’s also been testing over the past few months. 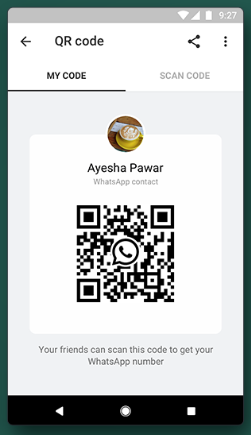 “We are making it easier than ever to add a new contact. Soon when you meet someone new, you will be able to scan their QR code to add them to your contacts. No more tapping in their digits one at a time.”

QR codes are also available on Messenger and in Instagram, and while they’ve never really taken off in Western markets, they do provide another means to connect. Also worth noting that QR codes are huge in some Asian nations.

WhatsApp’s also adding ‘dark mode’ functionality to both its web and desktop versions, after rolling it out in the main app back in March, while it’s added a new ‘video focus’ option within group video chats. 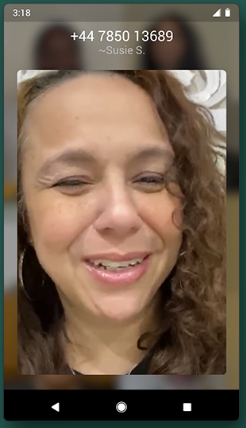 “With now up to 8 people on a video call, we’ve made it easier to focus on whoever you want by letting you press and hold to maximize a participant’s video to full screen.”

WhatsApp has also added a new video icon in group chats of eight people or less, “so you can easily start a group video call with 1-tap”. WhatsApp expanded its group video calling capacity back in April as part of a broader Facebook response to cater to increasing use during COVID-19.

The new additions are significant for WhatsApp, which for a long time has been solely focused on text-based interaction. Facebook’s now looking to expand the capacity of the tool, partly, as noted, in connection with its plan to integrate its messaging tools, but also as a means to capitalize on the app’s two billion monthly active users. In that vein, Facebook is also looking to integrate more eCommerce options, and to make WhatsApp a key business-to-customer tool in India and other regions.

On that front, Facebook also recently launched WhatsApp pay in Brazil – though that has now seen pushback from Brazilian regulatory authorities.

As Facebook’s biggest messaging platform, and a key connective tool into many regions, WhatsApp is a major focus for the company’s future plans. And while it’s still not a major revenue earner for Facebook, the potential of WhatsApp is massive – which is why these small, incremental usage evolutions are critical to its longer-term prospects.

WhatsApp says these new features are rolling out to users “over the next few weeks, in the latest versions of WhatsApp”.