We are now living in some sort of bizarro world. Not only does it feel like the apocalypse every time we read the news, and 2020 now sees Apple become an affordable brand, while Android devices reach a new level of crazy expensive.

The iPhone SE 2 or iPhone 9 as leakers called it is possibly the most boring phone of the year, if you took the Apple logo off the rear it could be mistaken for one of the cheapo £50 phones you can buy on Amazon such as the Ulefone S1.

But its retro looks and unexciting specification are exactly what will make it a massive success. Over the years we have sene phones grow in size, becoming unwieldy slabs of glass, and they are superb at what they do, but many users find them awkward to use. This has led to many Apple users holding onto their old iPhones, reluctant to be forced into using a massive screen.

Then there is the fact that while the iPhone is and always will be incredibly popular, it is painfully expensive with the cheapest iPhone 11 being £729 and the iPhone 11 Pro starting at £1,049.00 with just 64GB of storage.

If you loved the iPhone 8 then you won’t be disappointed with the iPhone SE 2 the dimensions, design, and even the display specification is identical. You even get the Touch ID home button.

The iPhone 8 is running the A11 Bionic with Neural Engine which is starting to get a little long in the tooth now.

With the iPhone SE 2 being much cheaper than the iPhone 11 I would have thought they would put last years A12 chip inside it, but they haven’t, and you get the latest and greatest A13 Bionic chipset which should keep you going for years.

Apple has only refreshed the insides of the phone bringing it to modern standards, so the iPhone SE 2 has the same specification single 12MP wide camera as the iPhone 8.

With the cheapest iPhone 11 you get dual 12MP Ultra Wide and Wide cameras giving you much more flexibility with your photos.

Both the iPhone 11 and iPhone SE 2 feature the new superfast Wi-Fi 6 – in reality, you probably won’t notice any difference even if you do have a router that does have Wi-Fi 6

The powerful A13 bionic chipset in that tiny body means you lose a little battery life. The new iPhone SE 2 is only rated for 13 hours of video playback, down 1 hour from the iPhone 8 and quite a bit lower than the 17 hours the iPhone 11 can do.

At £419 it is pretty incredible really, undercutting many of the mid-range Android phones that have been launched recently. Due to the current economic uncertainty, I am sure a lot of Apple users will be grateful for an affordable option when they need to replace their existing phone. 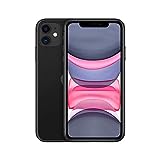