Facebook Launches Yet Another New App, This Time Focused on Live Event Engagement

Facebook’s experimental NPE team has released its eighth app – and its third this week – with a new live event companion tool called ‘Venue‘ which seeks to add to the engagement potential of real-time viewing.

“Despite drawing large concurrent viewership, live broadcasts are still a mostly solo viewing experience. Passionate fans are constantly seeking better ways to engage with other fans and experts around their favorite events. Venue aims to give fans an interactive second-screen experience, curated by experts and centered on the pivotal moments of their favorite events.”

The way it works is that, for each live-streamed event – say, the latest NASCAR race – Facebook will provide selected personalities, like journalists, athletes and/or “fan-analysts”, with their own ‘Venue’ within the app,. That Venue will serve as a hub where users can access each commentators’ thoughts and insights(you can see an example of these Venues in the first screenshot above).

“During the race, they’ll provide commentary, pose interactive questions and polls, and open up short chats, all around the specific moments in the race. Think of commentators as personal concierges for the main event.”

The selected personalities will also be able to create “Moments” within their event streams, focused on specific events:

“Fans will be notified whenever a new Moment is created so that they can hop in and out of Venue if they want to.”

The idea here is that by providing alerts around specific moments, fans can watch the event as normal, then check-in when a trending discussion is happening, better facilitating the second-screen experience.

Second-screening has become a key component of sports interaction – according to previous Facebook research, some 94% of people now keep a smartphone on hand while watching live TV. Social platforms have been trying for years to work out a way to better tap into this use case, but thus far, none have been able to crack the right formula that better balances live TV viewing with social media engagement.

Facebook actually tried to better accomodate real-time sports engagement back in 2016 with an option called ‘Sports Stadium‘ in its main app. Sports Stadium provided a specific hub for each sporting event, from a range of leagues and competitions, enabling users to follow along and engage with discussion around each. 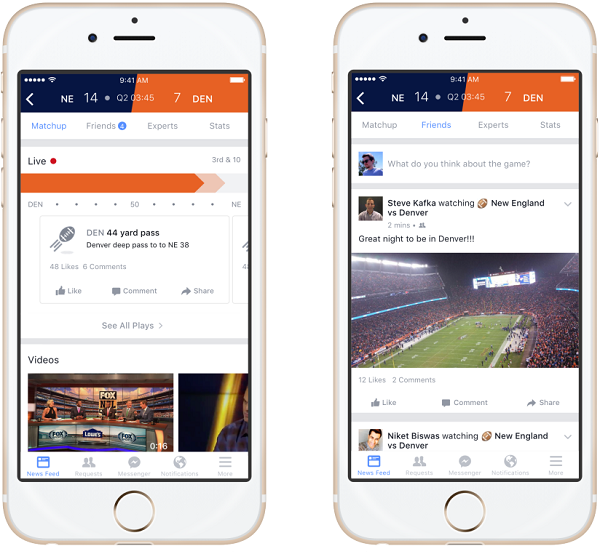 That was Facebook’s attempt to steal engagement away from Twitter – while Facebook has many more users overall, Twitter has become the key companion for real-time events, including sports, due to its rapid-fire, real-time nature.

But even Twitter hasn’t been able to maximize that engagement. With more people discussing live events, including sports, Twitter’s looked to broadcast more live sports content itself, essentially marrying the two elements into one single platform. Yet, despite broadcast deals with both the NFL and MLB, Twitter hasn’t come up with a more ideal format for merging broadcasts and tweets, with fans preferring to dip in and out of the real time discussion at their choosing, as opposed to, say, seeing tweets on screen alongside the main event. 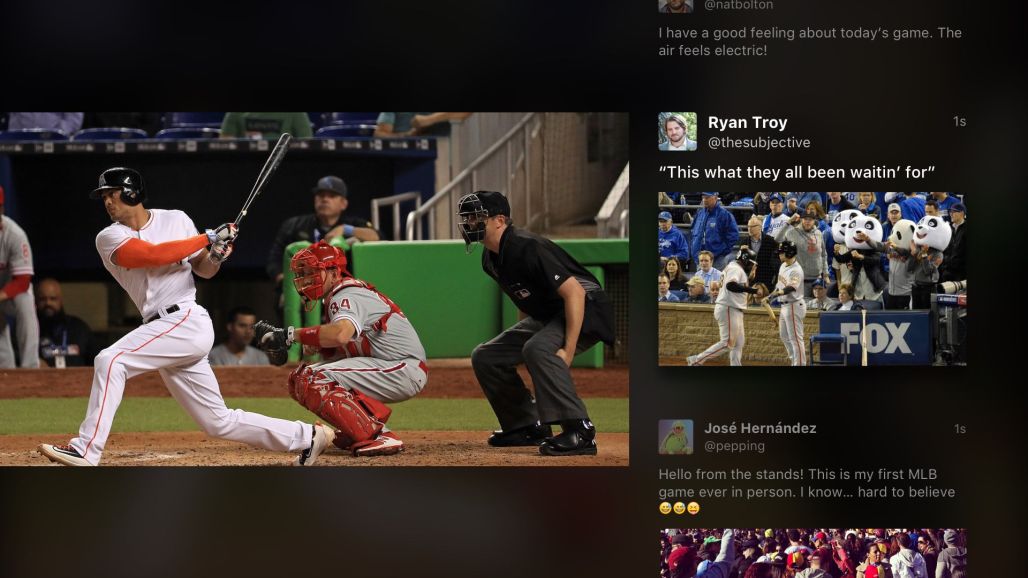 Maybe Venues can do this – maybe, by providing a range of insights from different commentators, looking at different angles, Venues will provide a better companion for live event viewing, while Facebook is also essentially conceding that users don’t necessarily want to watch the event and engage with social content on the same screen.

Could that provide a new way for Facebook to tap into live event engagement?

Definitely, now is the time. While most sports are on hiatus (Facebook has initially partnered with NASCAR for Venues, one of the first sports to return during the pandemic), live-stream viewing is up 50%, and with more users paying attention to the few sports available, and with even more sports set to return to action soon, adding a new way to view such could help introduce new viewing behaviors, providing another element to the experience.

Maybe, with the right alternative commentators, and the right alerts and format, Venues could indeed become a great companion app, which could finally enable Facebook to link into live event engagement. That could also then be expanded to concerts, festivals, news events, etc.

We’ll have to wait and see how it plays out – but what is clear is that Facebook is jumping on virtually every new trend and opportunity it sees via its NPE team.

As noted, this is the eighth new app from Facebook’s ‘New Product Experimentation’ team in the last six months, highlighting a more aggressive approach to taking on potential competitors. In the past, Facebook has been caught out by rising attention for apps like Snapchat, Houseparty and TikTok. Facebook was always tracking these rising usage trends to some degree, but its new strategy sees it looking to act on such early on, in order to stifle rivals before they can take hold – as opposed to releasing copycat functionality after they’ve gained momentum.

As such, most of these new apps will likely fail – but Facebook only needs one to catch on to stop a potential rival rising up. If, for example, Facebook had launched Instagram Stories before Snapchat had seen significant take-up, it’s likely that Snapchat would never have had a chance. If Facebook had pushed out multi-participant video before Houseparty reached its first million users, maybe it would have dominated that trend ahead of time.

So while most of these new apps are fairly niche, that’s kind of the point – Facebook is looking for the next trend, the next niche behavior that will actually lead to another big shift, before anyone else can capitalize on the same.

And at Facebook’s scale, it’s likely the only company that can pump out new apps at such a rapid rate. That will make it increasingly difficult for another challenger to beat it to the punch.

You can download Venue on iOS and Android from today.