Facebook, in conjunction with Carnegie Melon, has this week published the first of its new COVID-19 symptom tracking maps, which may help authorities in planning for future outbreaks by highlighting where groups of people are experiencing coronavirus symptoms across the US.

The maps use self-reported symptom data from Facebook users, then pin that info onto map locations, highlighting key areas of potential spread.

“Understanding how COVID-19 is spreading is critical for local governments and public health officials as they allocate scarce resources like ventilators and PPE, and eventually to decide when it is safe to start re-opening different places. Researchers believe these symptom survey maps can be an important tool in making these decisions.”

Facebook began collecting this self-reported data a few weeks back via a new News Feed prompt calling for user participation. 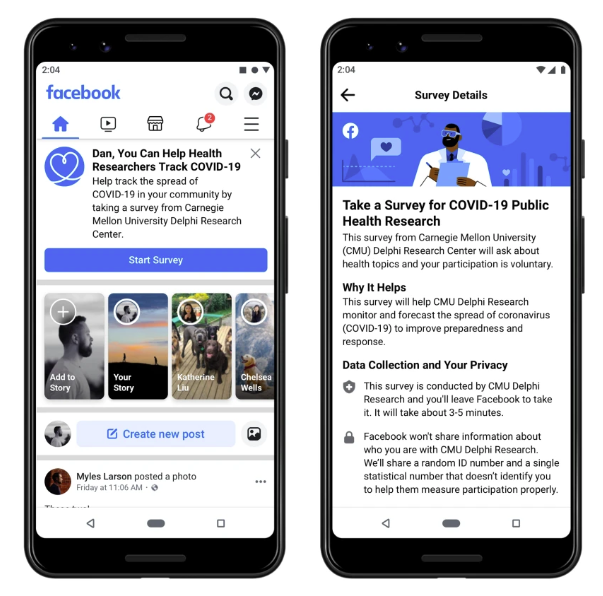 Facebook specifically notes that the response data is sent to researchers at Carnegie Mellon, and is not accessible by Facebook at any stage.

And the responses, thus far, have been promising – as per Facebook:

“On Monday, the team at Carnegie Mellon is publishing its initial findings. They’re getting approximately 1 million responses a week in the US, and the results are promising. They correlate with publicly available data on confirmed cases, which suggests this data can help predict where the disease will spread. They can also be used to build detailed county-by-county insights. The results indicate, for example, that in some New York City suburbs, an estimated 2 to 3% of people are experiencing COVID-19-like symptoms.”

The project is actually similar to the ‘How We Feel’ App, which was developed, in part, by Pinterest CEO Ben Silbermann, and was launched earlier this month to assist in COVID-19 symptom tracking. 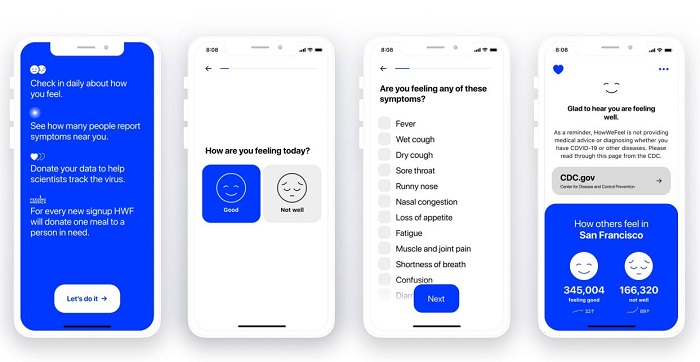 The concept here is the same – by tracking self-reported symptoms, you can theoretically provide more insight into probable areas of outbreaks, helping authorities to plan their response. A limitation of ‘How We Feel’, however, is that it requires people to download a new app, and it requires a lot of people to use it to be valuable – which is a problem that Facebook doesn’t have as the survey is built into the most utilized social media platform in the world.

Interestingly, Instagram founders Kevin Systrom and Mike Krieger have also launched a new app which tracks how fast COVID-19 is spreading in each US state.

Facebook’s tool, specifically, offers the key value of scale – which is the same as what the upcoming Google/Apple data-tracing partnership provides, and the key element that’s required to get true oversight and understand the virus’ impacts over time and space. In this respect, Facebook’s tool could indeed prove highly valuable, particularly as authorities look to move into the next stage of easing lockdown measures and staying on top of outbreaks in order to avoid overloading local health resources.

The next stage, notes Zuckerberg, is mapping these same trends globally, which Facebook will begin from this week.

The initial results highlight the potential value of this tool – and with so many Facebook users taking the survey, this could end up being a key element in global COVID-19 response. Various governments are developing their own tracing solutions, but again, Facebook’s scale could help to alleviate some of the burden in this respect, and, at the least, provide key alerts and indicators of potential areas of concern.

You can check out the initial Facebook/Carnegie Mellon COVID-19 symptom maps here.