Will we see the launch of fully-enabled AR glasses from Facebook in 2021?

Facebook previewed its work on its new Project Aria AR glasses last September, which included examples of full digital overlays that would be visible through the device – like safety alerts when walking down the street.

But now, Facebook appears to be tempering expectations as to what its smart glasses will be capable of, at least in the initial stages, with the company’s Head of VR and AR Andrew Bosworth offering some new insights into what the project will look like, and when the device will be available for purchase.

In an interview with Bloomberg, and a separate post on the Facebook Tech Blog, Bosworth has outlined the company’s strategy for the year ahead in regards to both AR and VR.

On Facebook’s coming wearables, Bosworth says that the first glimpses of its initial device “will arrive sooner than later”, with the launch of its first smart glasses, in partnership with Ray-Ban maker Luxottica, set to be revealed soon.

But they likely won’t be what you expect:

“These are certainly connected glasses, they are certainly providing a lot of functionality, [but] we’re being quite coy about which functionality precisely we are providing. We’re excited about it but we don’t want to over-hype it. We’re not even calling it augmented reality, we’re just calling it ‘smart glasses,’”

Which seems like a let-down – so they won’t be AR-enabled glasses as initially projected?

Bosworth further explained that while users won’t initially be able to overlay digital objects onto their real-world view, the device will provide functional benefits for capturing moments.

“A common situation Bosworth cited is parents trying to record memories with their young children: “By the time you get the phone up, not only have you probably missed it, but if you don’t miss it, you’re probably watching the real event but through your phone,” he said. “If you have the right technology, it can get out of the way.”

Which sounds a lot like Snapchat’s Spectacles, fashionable sunglasses which also double as a digital camera, making it easier to capture what you’re seeing as you see it. 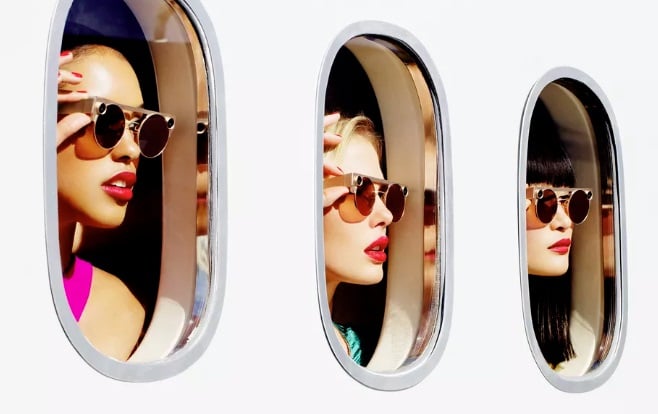 Spectacles are seen as Snapchat’s own initial foray into full-integrated AR, but technological and production limitations have slowed that development, which has seemingly limited the device.

Facebook could also be facing production challenges due to COVID-19 shutdowns in different regions – both Sony and Microsoft, for example, have struggled to meet demand for their latest gaming consoles because of delays in component creation caused by pandemic mitigation efforts.

It seems that this is a step back from Facebook’s initial ambitions, though Bosworth has been careful not to reveal too much, so the device still could be more functional when it’s officially announced.

But maybe AR won’t reach that next level just yet.

On the VR front, Bosworth says that Facebook’s Oculus VR division had a big 2020, with the lockdowns pushing more people to seek out alternative forms of home entertainment.

“Oculus Quest 2 is our fastest-growing VR headset, thanks to the convergence of leading VR form factors and the content built by our developer community. Quest 2 surpassed the original Quest’s monthly active people in less than seven weeks, and more people are using it to stay fit, play games with friends, and collaborate for work. And we are continuing to diversify our user base, with more women using Quest 2 than any of our previous headsets.”

A key next stage for VR will be facilitating remote work, with virtual workspaces set to re-create the office environment for more effective collaboration and engagement with remote employees.

Which still seems like a bit of a leap for most businesses, but the global lockdowns have shed new light on what’s possible in regards to remote work, which will likely see a continued shift away from traditional office spaces in order to reduce costs and open up new opportunities.

If Facebook can get it right, then VR could very well play a key role within this, reducing the impacts of not having a physical presence, while also opening up new ways of working for the future.

It’s hard to tell how much closer we’ll get on either front this year, but the indicators point to some exciting opportunities on the horizon, in which Facebook will look to become a more significant element in more parts of our everyday lives.

Is that a good thing? We’ll find out soon, with the first iteration of Facebook’s smart glasses set to be revealed in the near future.