Facebook has provided an update on its efforts to increase COVID-19 vaccine take-up around the world, by maximizing awareness of vaccine availability, and reducing misinformation and resistance to the global vaccination program.

And while there have been some instances of negative side effects from the vaccine, the consensus from health experts remains that maximizing vaccine take-up is the best way for the world to move beyond the pandemic, and get back to normal life. Still, there is a high degree of vaccine hesitancy – which, research suggests Facebook itself has fueled over time – but with a renewed focus on improving vaccine take-up, and working with health officials in different regions, Facebook is now doing its part to help improve response and take-up rates.

A key tool in this is Facebook’s Vaccine Finder, which provides people with information on where they can get a COVID-19 vaccine in their area.

Facebook says that over 3.3 million people have visited the vaccine finder tool since its launch in March, while more users have also gleaned helpful vaccine information from Facebook’s COVID-19 information center, contributing to broader awareness within the vaccine push.

Facebook also notes that it’s allocated more than $30 million in ad credits this year to help governments, NGOs and other organizations reach people with COVID-19 vaccine information and other important messages.

“These information campaigns resulted in an estimated 10 billion ad impressions globally. We’re also adding authoritative information to posts about vaccines on Facebook and Instagram that link to the COVID-19 Information Center for more resources.” 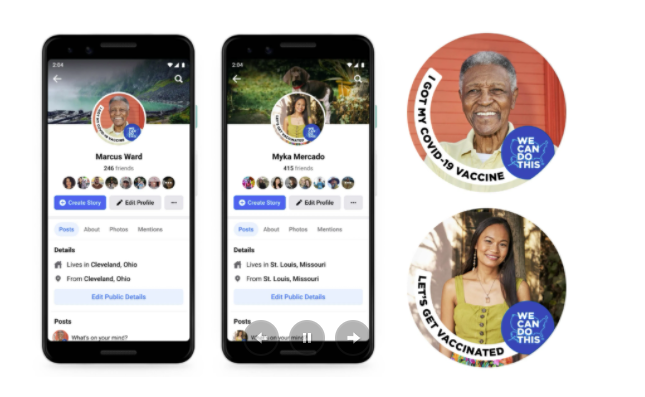 The company says that more than 5 million people around the world have now applied these profile frames, and more than 50% of people in the US on Facebook have already seen someone use the COVID-19 vaccine profile frame, adding to the push. Facebook also says that its similar Instagram vaccine awareness stickers have been used more than 7 million times, with more than 25% of accounts on Instagram in the US having seen someone using a COVID-19 vaccine sticker.

That’s a significant addition, particularly given the influence peer updates like this can have on user behavior.

Facebook further notes that it’s removed more than 16 million pieces of this content from its apps for breaking its rules around COVID-19 and vaccine misinformation, as it works to limit the spread of dangerous conspiracy theories. Which, as noted, Facebook has probably fueled in the first place – but even with that potentially being the case, it’s important to see Facebook switching focus here, and realigning its policies with increasing need, based on the broader global health push.

Those efforts have had a positive impact on vaccine take-up, but there is still a way to go in the global effort.

Facebook further notes that while vaccine acceptance has been increasing steadily since January – rising by nearly 10% among all US adults – vaccine hesitancy is still high due to concerns about possible side effects, and distrust of the government. 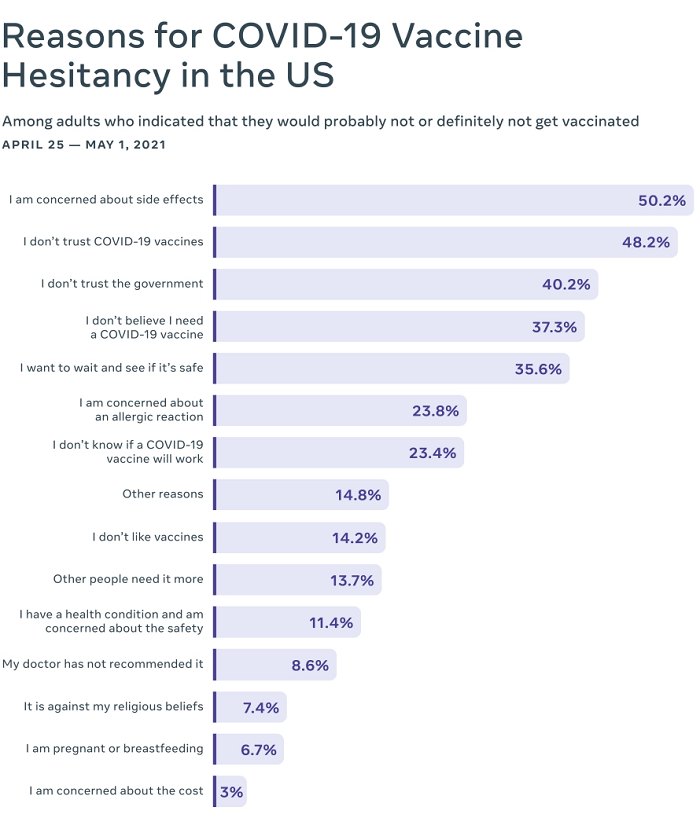 Again, it’s often been through Facebook groups and posts that these conspiracy theories and misinformation campaigns have proliferated, which is still happening to some degree. But the broader push has prompted Facebook to take further action on addressing this, which, hopefully, will also see the platform look to address similar movements earlier in their development moving forward, in order to avoid future instances of the same.

Of course, you can’t eliminate all vaccine resistance. Even during past pandemics, there’s been scaremongering around medications and treatments, but the best we can do is to go on the official health advice, and work together towards maximizing take-up.

Which means we all have to do our part, and through Facebook, that could involve adding a profile frame, amplifying vaccine information. Or simply supporting those who do this via their Facebook presence.

We still have a long way to go before we can say that we’re moving on to the next stage, and vaccine take-up is key to this shift.