On Sunday a YouTube video was posted with what was claimed to be leaked renders of all of Garmin’s up and coming watches. The source of the leak was questionable, but the renders looked good enough to be real. The leak included key details of the Garmin Fenix 6 which is expected to launch at CES 2020 in January.

Since then the video was removed by YouTube due to a copyright claim by Garmin International, Inc, and sadly I did not screenshot every image.

Apart from the Fenix 6 details, the leaked images included Garmin Vivoactive 4 and indicated it would receive a new AMOLED display. Current leaks also indicate that there will be two sizes with an S model similar to the Fenix line.

The current Vivoactive 3 has proven to be a popular product for Garmin, offering a far more attractive design than the older Forerunner 235 while offering the same level of fitness tracking features.

The Vivoactive 3 proved to be popular enough that it received various improvements including Music/Garmin Pay, and then most recently an LTE model which is available in the US on Verizon.

With the introduction of music, payments and LTE, plus the relatively low cost, it makes sense that Garmin want to upgrade it to be more mainstream-friendly. Implementing an AMOLED display will allow the Vivoactive 4 to be much more competitive with the Apple Watch and WearOS devices. It will of course negatively affect battery life or require a display that is not always on, but if they are wanting to target the more casual smartwatch market this is less of a concern.

The leaked renders indicated that the design will stay mostly the same, but the watch will now feature a two-button layout.

The FR235 to Forerunner 245 upgrade was massive so it will be interesting how many new fitness features the Garmin Vivoactive 4 receives.

It is likely a lot of the Forerunner 245 will trickle down to the Vivoactive 4, this would/could include:

It is likely that Garmin will continue to leave out some key metrics such as Running Dynamics in order to differentiate between the Vivoactive line and the Forerunner line of devices.

Some people have suggested a WearOS model could be inbound. It is likely that Garmin has been investigating WearOS as a possible option in the future, but I suspect they will be reluctant to release a WearOS device.

Battery life is a major concern with WearOS and quite frankly the WearOS market is a shambles, with most companies using system on chips that are massively outdated, and Qualcomm doesn’t appear eager to develop a chip based on modern fabrication processes.

I would love to see a Garmin WearOS device, mainly just to see where they go with it. Perhaps in the future, I could have a Garmin WearOS watch for my daily driver, then one of the more sports/endurance watches for proper fitness tracking. 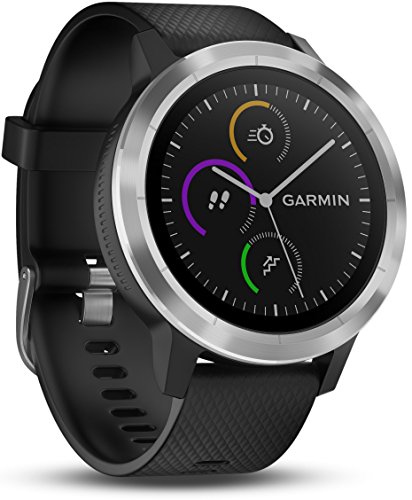