The Huawei P30 Pro was hands down my favourite phone of last
year, and I still use it as my main phone now. Since then, Huawei has had a
tough time with trade bands from the US, but they are moving forward with or
without Google, and it is safe to say the Huawei P40 Pro will be one of the
best premium camera phones of the year.

While the phone has not been officially announced, dozens of
leaks have come out including the most recent leak from Winfuture which claims
to have all the specs and prices. I will update this post with confirmed specs
and prices tomorrow.

Many phones in the flagship category use the same chipset, but here, we have three different options. In the UK and EU, at least the Samsung has the Exynos 990, which is generally not as good as the Qualcomm Snapdragon found in the US variant and the Xiaomi Mi 10 Pro 5G – in particular, there have been reports of poor battery on the Exynos based phones.

For Huawei, they use their own chipset, the Kirin 990 5G – this is arguably not as good as the Qualcomm Snapdragon 865 it came out months beforehand and uses the older Coretex A76 based CPU. In some other regions, Huawei will use the none 5G Kirin 990 which not only lacks 5G but has a slightly lower spec overall

The Huawei P40 will have only one memory configuration – 8GB of RAM and 128GB storage. The P40 Pro will have a 256GB option. Samsung and Xiaomi have RAM options up to 12GB as well as storage up to 512GB.

Huawei uses their own proprietor nano memory similar to
microSD allowing you to increase storage, the Mi 10 has a microSD slot, and the
Samsung has no upgradable memory.

The P40 will be in two models, as usual, the smaller P40 has
a tiny by today’s standards 6.1″ OLED display with 1080p+ resolution. The
selfie camera will skip the 3D sensor.

The Pro model will have a larger 6.58″ OLED display
with 90Hz refresh rate and 1,200 x 2,640px resolution. The dual punch hole in
the top left corner will house the 32MP selfie camera, a depth sensor and a 3D
sensor for secure face unlock.

The Pro model will have a curved edge to edge display
similar to the Oppo Reno Find X2 and the Xiaomi Mi 10 Pro, then the standard
model will have a flat display with slightly thicker bezels.

The Samsung has 3 models all have the same spec screen running
at 1440 x 3200 pixels but different sizes with the Ultra topping out at 6.9
inches. They have 120Hz refresh rate on the display but this is currently only
when used FHD and not the QHD max resolution.

For the Pro the rear camera will feature two modules with
RYYB sensors. The first is a 50MP “UltraVision” camera with f/1.9
aperture and OIS, which will be primarily used for photos. There’s an Octa
Phase Detection system along with pixel binning. An AI-powered feature will
capture images in a 1.7 second period and will automatically pick the
“golden snap”.

The other RYYB sensor will have 40MP resolution and will be
used mainly for videos. The P40 Pro will be able to record 4K video with its
rear and front cameras. The rear cam can boost its ISO to 51,200.

Then there’s the SuperSensing zoom feature offering up to
50x hybrid zoom. This will use all cameras, but will mostly be based on the
12MP telephoto module. There are also a dedicated macro cam and a depth sensor
on the back.

The none Pro will keep the 50MP UltraVision camera, but the telephoto
camera gets dropped to an 8MP lens that will be a ultra wide camera with a 16MP
sensor.

On the standard model, the battery capacity is expected to
be 3,800mAh and will only support 22.5W fast charging.

The battery on the Pro model is 4,200mAh battery with
support for 40W SuperCharge, which was large last year but starting to look a
little small now. You also get 27W wireless

The elephant in the room with Huawei is always going to be the
lack of Google mobile services. The phone still uses Android and Huawei have
replaced many of the feature native from Google with the new Huawei Mobile
Services. You can then download many of the apps you would normally use via the
Huawei App Gallery.

You can also sideload many of the Google apps, the caveat is
that the security policies required for some apps like banking and mobile
payments are not there, you will therefore not be able to use them.

Huawei is investing big with the App Gallery with better
profit shares and other incentives for developers to use their system. I think
it is quite likely in a few years this difference between phones will barely
even be worth mentioning, but in the mean time, it is a serious consideration
you need to make, especially for premium-priced flagships.

None of the phones have a 3.5mm headphone jack.

The P40 Pro and Samsung have IP68 dust/water resistance, but
standard P40 and Xiaomi lack and IP rating. 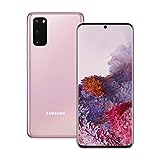 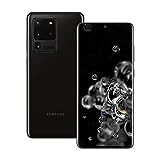