LinkedIn’s following Twitter’s lead with the addition of new reply control tools on your LinkedIn posts, which enable users to restrict who’s able to comment on their platform updates.

As you can see here, in the first image, it shows how users can control who can see their posts on LinkedIn. These settings have been available for some time (though in slightly different form), but the new addition is on the right – reply controls that let users dictate who can comment on their posts.

As noted, Twitter added reply controls last August as a means to facilitate more discussion options, like interviews and more intimate chats, without every Twitter user being able to chime in. LinkedIn is not the same as Twitter in this respect, with Twitter chats being more open to the public. Depending on your privacy settings, LinkedIn posts are also publicly viewable, but LinkedIn’s algorithm is generally more restrictive, so the risks of a chat being overcrowded in the same way is not the same.

But it does provide additional discussion options – as explained by LinkedIn:

“For example, you might want to ask your connections, who you know and trust, for a particular piece of advice. Or you may want to ask an industry question just to a specific group you are a member of.”

You can also select no replies, if you want to make a statement on LinkedIn, without opening up a discussion.

I mean, it’s ‘social’ media, so that’s probably not a common usage point, but the new options do provide more ways to engage and broadcast on the professional social network, in a more controlled way.

In addition to this, LinkedIn has also added a new ‘mute’ option to eliminate selected users or company pages from your feed.

“To curate your feed beyond engaging with content, you can also signal to us what you want to see more and less of by clicking the three dots (…) on a post. This will open a toolbox of options available, including saving the post to review later, hiding the specific post from your feed by clicking “I don’t want to see this,” and reporting the post. A new option we just rolled out in this section lets you mute an individual or Page who might show up on your feed because a connection of yours commented, reacted, or reshared that individual’s content.” 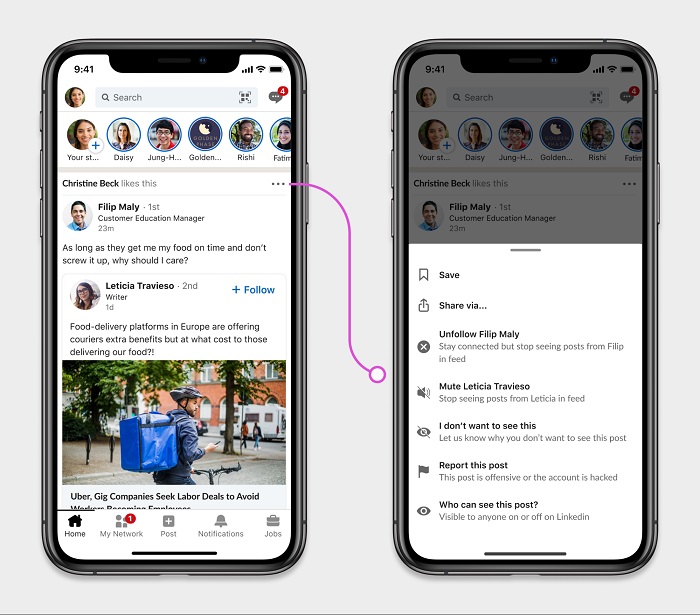 That adds another way to maximize the utility of your feed display, while you can also subscribe to newsletters and follow hashtags and influencers to further improve your feed relevance. 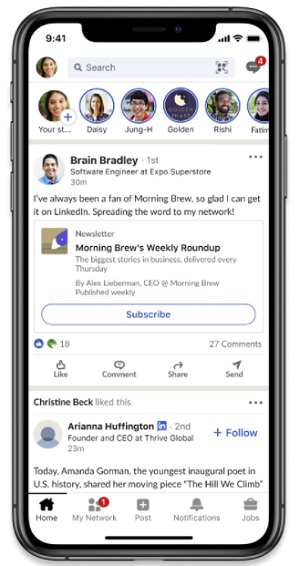 LinkedIn’s algorithm can be strange at times, using varying factors of relevance which can re-surface posts from months ago, seemingly at random. As such, it’s good to have more ways to control what you see, while the new conversation controls offer more options for maintaining different types of discussions on the platform.