For many, this has been the worst year of our lives with no immediate end in sight. Beyond COVID-19, the year has been plagued with political tensions and a growing divide with the public.

Even though all the big tech events were cancelled or moved to more virtual environments, the year of tech as a whole has been quite exciting.

So what’s the best tech of the year for Mighty Gadget?

In the mobile space, we have seen 5G gain traction, both in the rollout of 5G and the availability of affordable 5G phones, with Realme and Xiaomi having devices around the £200 mark. Of course, 5G conspiracies has been one of the low points of the year too.

While foldables were announced last year, it is this year that they have become more of a reality, with Samsung leading the way, but Motorola and Huawei also with impressive devices, then lots of exciting product demos from the likes of OPPO, Xiaomi and TCL.

Low points of the year for mobile were the continued USA/Chinese political tensions which went up a notch this year with President Trump continuing to try and hobble Huawei. Huawei has persevered though; the Huawei P40 Pro is still one of my favourite phones of the year, I absolutely love the hardware and camera.

This also forced Huawei to speed up their development of Harmony OS, so this time next year, we may have a viable 3rd mobile OS to compete against Apple and Google.

With lockdowns and no holidays, I have not had much need for a flagship mobile phone. So, it is perhaps the lower end of the market that’s the real highlight this year.

Best phone of the year

The Realme 7 Pro is possibly my favourite phone of the year, the camera and display are superb, and the SD720G offers more than enough performance for my needs. Many of my contemporaries use a similar argument for the Google Pixel 4a, but I never got the chance to review it, and it costs £100 more, so I am sticking with Realme.

So much has gone on with both gaming and computers this year I have split them off into two categories.

Gaming as a whole has seen exponential growth this year, thanks to COVID-19. Combined with the logistical issues lockdown has caused many of the amazing launches this year have been tarred with supply issues.

The PS5 and Xbox Series X launched being two of the biggest pieces of tech of the year, following 7 years since the last big console launches.

A nod needs to be made to the Nintendo Switch, which has dominated console sales this year.

Lowlight of the year? I feel like it has to be Cyberpunk 2077. With me getting lucky with hardware purchases of the RTX3080 and Ryzen 5800x I have not had many issues myself, but for the most hyped game in years, it has been nothing but disappointing for many.

Best gaming product of the year

It would have to be the PS5 due to slightly better exclusives, and most of the Xbox games are available for Windows. I am yet to buy either console, though.

An amazing year for launches in the computing space, but again, let down by some shocking stock availability

Both Nvidia and AMD launched GPUs that have taken PC gaming to the next level. The RTX 2000 series was a bit of a rip-off, so the launch of the RTX 3000 series was particularly exciting with the £700ish RTX 3080 offering significantly better performance than the £1k+ RTX 2080ti

Similarly, AMD has languished with its GPUs in recent years, offering nothing better than a decent mid-range GPU. So, the RX 6800 XT offering similar performance to the RTX 3080 at a lower price point is particularly impressive. Shame only about one card was made available to the UK.

Slightly less exciting was the Ryzen 5000 series launch. AMD Ryzen was already incredible, transforming AMD.  Zen 3 is the biggest launch in two years, and the first time AMD have a CPU that can properly go up against Intel as the best gaming CPU on the market.

While I don’t personally use Apple products, the Apple M1 chip could be a game-changer. Apple seems to have done in one generation what Qualcomm and Windows have been trying for years.

Just because I cover so many networking products, I should give a nod to Wi-Fi 6, which has gained mainstream traction with lots of affordable routers and mesh systems coming out. The PS5 also supports it, so the popularity will increase throughout 2021. Also, Wi-Fi 6E is sort of here, it will take a few years for it to gain traction though, and there are no routers for it yet.

Best computing product of the year:

Tough call, but I’d go with the RTX 3080 which is what I have personally bought. Stock issues have no doubt spoilt this launch, and price hikes have made it less appealing, but it is still my personal favourite.

TV and audio tech doesn’t move at the same pace as other industries. 8K TVs become more common, not that anyone needs one.

The rollable LG OLED TV RX was a stand out product at CES 2020, but we have been promised rollable OLED for years.

The LG CX OLED is perhaps one of the standout launches in the TV market with 120Hz  refresh rate, DolbyVision, HDMI 2.1. VRR, FreeSync and G-Sync compatibility. It ticks all the boxes for next-gen consoles, and it is not even crazily priced.

For audio, the has been a notable increase in the number of active noises cancelling products. Likely thanks to Qualcomm launching lots of affordable chipsets with this functionality.

Best TV of the year

If I bought a TV right at this minute, it would be the LG 65 CX6LA, so I am picking that (or the more affordable 55″ model if that’s more size appropriate for you). While not cheap, it is not crazy expensive, and it offers all the latest tech you want combined with a beautiful OLED display 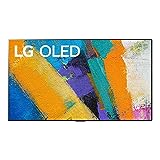 Best audio product of the year

I have continued to use the Huawei Freebuds Pro throughout the year, there might be better ANC earphones out there, but these regularly sell for £140, which is an absolute bargain in my opinion. 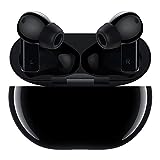 As an Android user, the world of wearables has been less exciting. The particular lowlight of the year is the continued shitshow that it WearOS. It seems that neither Qualcomm nor Google want to fully commit to the ecosystem. Qualcomm launched their Wear 4100 back in June, but it is only the  TicWatch Pro 3 that uses it.

Garmin hasn’t done anything particularly exciting this year, just refreshing the last few devices in their product line up. I guess the Garmin Venu Sq would be the most notable launch.

Huawei/Honor has continued to roll out excellent watches, all of which are based on the same platform, many of which use the Kirin A1 which launched last year on the Huawei Watch GT2. So, while the two companies have launched brilliant products, nothing stands out as the best piece of tech in the year.

This then leaves Apple to continue dominating the market with the ever-successful Apple Watch 6.

Best wearable of the year

I am going to have to give this one to the Apple Watch 6 due to the lack of a better option.

Overall favourite tech of the year

The gaming and computing industries have seen some phenomenal launches this year, easily making the year the most exciting in recent times.

A couple of highlights from my year have been:

Based on the above, I think I would have to throw a curveball and award a piece of software as the year’s best tech.

Zwift has kept many of us both sane and fit this year, and it allows me to highlight indoor cycling as a whole rather than singling out one piece of hardware.

Wiggle is my go to store for indoor trainers.