OnePlus 8 Pro vs Samsung Galaxy S20 vs Huawei P40 Pro vs Oppo Find X2: I think the OnePlus are still affordable in comparison

The latest OnePlus 8 series launched a few days ago with the standard OnePlus 8 is one of the most affordable flagship devices to be launched this year, but Pro model goes all the way up to £900.

This new high price has caused a bit of backlash on social media which I feel is a little undeserved. I am not some corporate shill either (though my links are affiliate), OnePlus don’t seem to like me, they very rarely reach out to me, and I certainly never get a device at launch. However, if I were to buy a phone right now, the OnePlus 8 Pro would be very high on my list.

If we look at similarly specced phones from other brands, I think you may see my point. 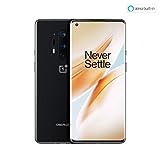 Everyone is obsessing over the fact that the top of the range model is £899. Yes, that is expensive, but most people will likely buy the 8GB/128GB model, which is £799. That is still expensive, but most flagship phones have increased in price this year. The Qualcomm Snapdragon 865 seems to be largely to blame due to increased costs partly due to its external 5G modem.

So at £799, this is still £100 cheaper than premium flagship devices from most brands. This includes:

You want something a little more fancy than one of them?

You can get cheaper phones, of course, the standard OP8 is just £599, and the Realme X50 Pro is around £520, but for the sake of this comparison I am talking about premium-priced flagship phones.

In this example, in the UK, each phone has a different chipset. The OnePlus 8 Pro technically has the best with the Snapdragon 865. The Samsung has the Exynos 990, which is good but a bit of a battery hog, and the Huawei has the Kirin 990 5G, which is not quite as good, but great with the battery.

The OP8 Pro and S20 have the same base spec of 8GB/128GB, though the S20 has the advantage as you can expand the storage via microSD.

The Find X2 has the best base specs with an impressive 12GB Ram and 256GB storage.

Then the P40 Pro comes with 8GB RAM and 256GB storage which is also upgradable via NanoSD.

The OnePlus 8 Pro and Oppo Find X2 have a suspiciously similar display (they are owned by the same parent company). The OP8 Pro is slightly larger at a massive 6.78 inches which is 1440 x 3168 pixels running at 120Hz refresh rate with a small punch hole in the top left.

The Find X2 has the same spec but slightly smaller at 6.7 inches.

How that affects the dimensions:

The S20 is a nice option for someone looking for something a little more pocketable with its, quite small by today’s standards, 6.2-inch display running at 1440 x 3200 pixels. This also has 120Hz refresh rate, but only when in FHD, it is 60Hz at full resolution.

Then the Huawei P40 Pro has a 6.58-inch display running 1200 x 2640 pixels with 90hz. I use this phone, and the lower resolution is no problem at all, and likely helps with the battery.

OnePlus have improved the camera a lot for the Pro model. While a 48MP camera doesn’t sound too impressive, it has a huge 1/1.43″ sensor which should make it a great camera.

This is then combined with an 8MP 3x optical zoom and an impressive 48MP ultra-wide with an additional 5MP depth sensor. The selfie camera is a 16MP lens.

Samsung still use a 12MP lens for the primary camera, but they use a gigantic 64MP lens for the telephoto 3x optical lens, then a 12MP ultra-wide. This then has a 10MP selfie.

As for the P40 Pro, this should be the best camera with its monster 50 MP RYYB lens that has the largest sensor on the market at 1/1.28″. It then has a 40MP ultra-wide, also with a large sensor size. The 5x periscope zoom lens is now one of the RYYB sensors Huawei has developed which should offer improved all-round performance, especially in low light. This then also has a 3D depth sensor. On the front, you have a pill-shaped selfie with 32MP and a IR TOF 3D sensor.

Cameras are dependant on the software processing as well as the hardware, so even if a phone doesn’t look great on paper, it may actually be a fantastic camera phone (the Pixel series is a good example).

The OnePlus 8 Pro has the biggest battery of all the models with 4510 mAh, which is just as well with its massive high-resolution screen. It then charges up at a speedy 30W and this year they have even included wireless charging at 30W.

The S20 has the smallest with 4000 mAh battery and 25W charge. Its smaller screen should help this, but the Exynos will then drain it quicker than others.

The Oppo has a 4200mAh battery but then an insanely fast 65W charger. It lacks wireless charging, though.

Two big things they have added this year is the 30W wireless charging and an IP68 rating for waterproofing.

The Samsung Galaxy S20 and P40 Pro both have wireless charging and an IP68 rating too, but the Oppo Find X2 lacks either.

So from a hardware specification point of view, I think it is clear the OnePlus 8 Pro more than justifies its price, while at the same time still being cheaper than the other popular premium flagships.

It is, however, a pricey time for phones, especially with everything else that is going on now. With the increased costs of 5G phones and limited availability fo 5G services, I think anyone looking for an upgrade should also consider one of the many superb phones from last year.

The OnePlus 7T was probably one of the best all-round options balancing affordability with features, and I doubt you would notice much performance difference between the SD855+ or the new SD865 (apart from the lack of 5G).

For £509 you can pick up my favourite phone of last year, the Huawei P30 Pro, it is not affected by the current Google issues that the P40 has, and the camera will still hold its own against anything this year. The chipset is slower than the SD855+ on the OP7T, and it lacks that super smooth 90hz display, but for the price, it is still superb.