Snapchat has today published its first-ever CitizenSnap report, which provides an overview of the company’s efforts to address racial inequality, environmental responsibility and societal impact over the past year.

The report is split specifically into those three areas of focus, with Snapchat outlining the steps that it’s taken to address each element, and improve its processes in order to better contribute to society.

Among the key initiatives listed, Snapchat has:

Snapchat also notes that it’s increased the diversity of its leadership team, though according to its Diversity Report, which it published earlier this year, it still has a way to go on this front. 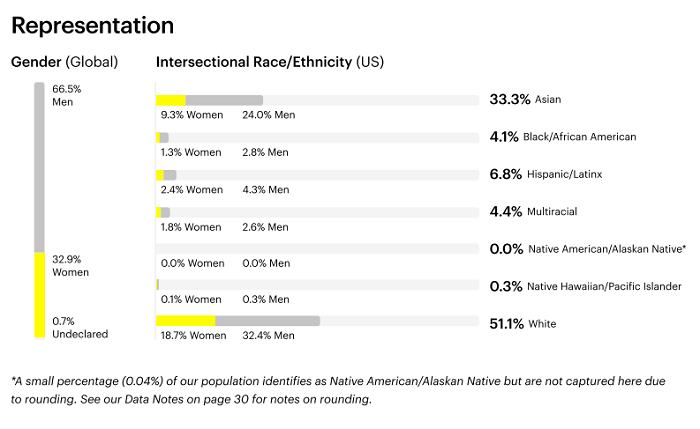 This will be one of its key areas of focus moving forward – in an accompanying statement introducing the report, Snap Inc. CEO Evan Spiegel has provided a passionate overview of his commitment to ensuring Snap plays its part in improving society.

As explained by Spiegel:

“We will use our voice, our corporate personhood, to advocate for the investments we must make in the future of our country – to alleviate poverty, provide educational opportunity, build the necessary digital infrastructure, and confront our history of injustice. These efforts begin inside our business, with the things that we can most directly impact, like our pay practices, hiring and inclusion programs, tax strategy, supply chain, and energy consumption. We want to ensure that all members of our team, our community, and our partners feel understood and appreciated – celebrated – for who they are: each person equal in their differences.”

Spiegel acknowledges that facilitating meaningful change is difficult, and that it would be “misleading to suggest that even our most strenuous efforts as a business are capable of creating broad societal change”. But Snapchat, Spiegel says, will do its part, and hopefully, in doing so, it will be able to contribute to broader-scale progression.

Racial inequality is a key focus here – last month, in response to the #BlackLivesMatter protests, Spiegel published an impassioned and highly detailed response to racial disparity, and called for comprehensive regulatory change in order to provide concrete steps to see further action taken as a result.

Spiegel continues that focus in this new statement:

Spiegel, in both cases, has managed to get to the core of the key issues at stake, which many others have failed to articulate. Spiegel’s statements show a keen understanding the problems at hand, and now, he’s committed Snapchat to addressing such, which is a positive step for the progression of the company.

It’ll be interesting to see what initiatives Snap implements as a result, and this first CitizenSnap report provides some indication of that focus.

It’s interesting to see Snap evolve as a company, and Spiegel as a CEO – especially considering reports just a few years ago that Spiegel didn’t want ‘poor people’ using his app. It seems that Spiegel has outgrown those immaturities, and the notes here definitely point to a significant, meaningful focus on change within the app’s team.

You can read the full CitizenSnap report here.