TikTok Becomes Major Sponsor of VidCon 2021, Taking Over from YouTube

Could this be a changing of the guard in the digital creator space?

Variety has reported that TikTok has signed on o become the major sponsor of VidCon 2021, taking over from YouTube, which has been the headline supporter of the event since 2013.

“TikTok has signed on as the title sponsor for VidCon US 2021, which is set to return to the Anaheim Convention Center Oct. 21-24. YouTube said it will still be in the mix among the secondary sponsors, but the change marks a shift in the event – and more broadly, the creator economy – to embrace multiple platforms.”

Indeed, with TikTok as the major sponsor, the short-form video leader is also a key focus in the VidCon schedule. 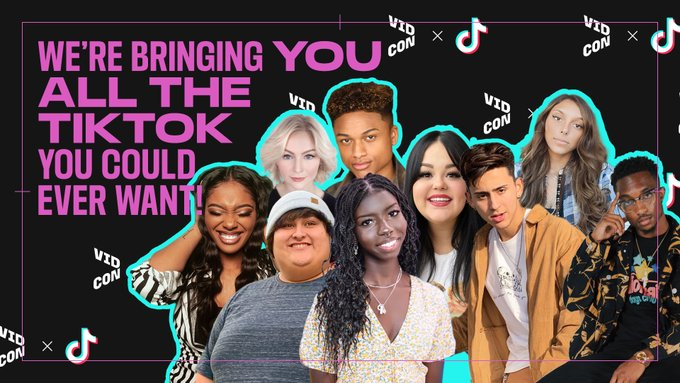 That points to the rising opportunity for creators on the platform, and growing popularity of the app. YouTube, of course, still offers more lucrative monetization options for creators, but as TikTok continues to evolve, and build out its eCommerce and influencer marketing opportunities, it is becoming a more recognized space for creator discovery and growth. Which could become a key consideration in the race to retain top talent.

YouTube is well-aware of the threat TikTok poses in this regard, which is why it’s launched its own TikTok-like option, with its Shorts feed recently being expanded to more regions. YouTube says that Shorts is already up to 6.5 billion daily views – up from 3.5 billion at the end of 2020 – while it’s also launched a new $100 million fund to assist top Shorts creators, and provide more incentive for Shorts posts.

The emphasis YouTube is putting on Shorts underlines the concerns it has around TikTok, which continues to add more users every month, and while VidCon sponsorship is merely symbolic in this respect, it still seems relevant. That association, especially among video creators, could play a big role in boosting TikTok’s status, and building its community.

At the end of the day, top creators will eventually gravitate towards the platforms that provide them with the most earnings potential, which is where YouTube and Facebook will likely win out, long-term. But the enduring popularity of TikTok is significant – never before has any app challenged the big players in the same way. Vine, at peak, had 200 million users, while TikTok is now closing in on its first billion actives.

In this sense, this is a significant announcement – particularly considering this element:

“As the title sponsor, TikTok will have top talent and execs participating in all three of VidCon’s tracks (Community, Creator and Industry) and will have the keynote address spot.”

A direct line to the top video creators, where TikTok can pitch its offerings. Sure, YouTube is still the clear video leader, but it’s a relevant move either way.