Multi-gigabit ethernet is finally starting to become more mainstream, at the same time with Wi-Fi 6 it is also possible to achieve multi-gig on a wireless network.

While 10GbE is becoming more popular, it is still painfully
expensive. 10GbE RJ45 is particularly costly. Netgear has some of the cheapest
options on the market, but the GS810EMX will still set you back nearly £200
with only two 10G ports, or the MS510TXPP at £312 has a mixture of 2.5G,5G and
10G ports.

Using an SFP based solution such as the Mikrotik Cloud Smart Switch 326-24G-2S+RM and using Mellanox ConnectX cards is the most affordable solution, but for laptops and other scenarios where Cat5/6 is the only option then this won’t work.

Recently there have been a few USB to multi-gigabit adaptors
launched, both Realtek and Aquantia have launched chipsets that promise to
lower the cost of multi-gigabit solutions.

The 2.5GBASE-T based models are using the Realtek chipset, while
the 5GBASE-T Ethernet Adapter uses an Aquantia chip. 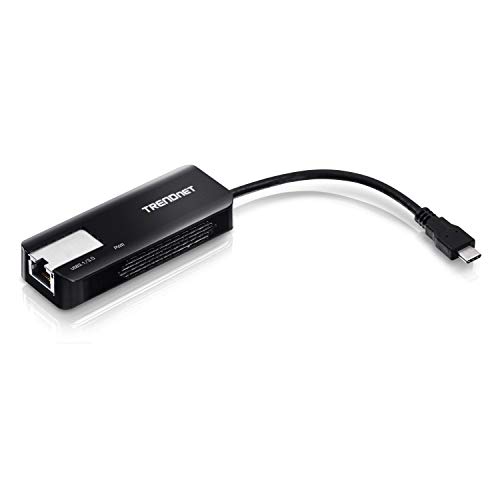 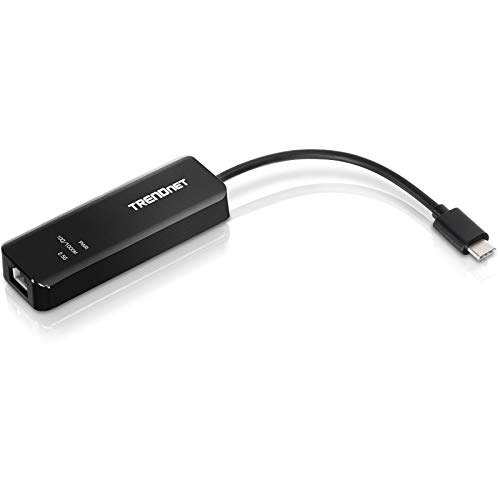 Buy from Amazon US

The 5G option is a lot more expensive at $131.99 direct from
TRENDnet, or it is available from Amazon for around £125.

Depending on your network storage arrangement you the 2.5GBASE-T Ethernet Adapter should be more than enough, mechanical drives max out at a bit over 200MB/s, and this should be about to handle about 300MB/s. 2.5GBASE-T should also be quite happy running on Cat5e, so if you have your home or business wired up using this, you shouldn’t see any degradation in performance.

As I don’t have a 10Gbe copper ethernet switch, I bought a 10Gb/s
SFP+ RJ45 Copper Transceiver to review too. This is not particularly the most
affordable way to get 10GBase-T as the single transceiver costs £80, but if you
have a server and desktop using SFP, but need one device with RJ45, it could be
more affordable than buying a whole switch.

Not much needs to be said about the installation of this
adaptor, you plug it in, windows recognise it, that’s should be it.

In my case, the adaptor and transceiver both connected fine, and both indicated multi-gig speeds, this was also reflected in windows with a network speed of 2500Mbps. Unfortunately, the transceiver either doesn’t want to play nice with my Mikrotik switch, or it just doesn’t work at the stated rates. So eventually I had to do a direct attachment with the Acer Predator 900 which also has 2.5Gbps.

In terms of performance, it does as describe, transferring
to and from the Acer and my Dell XPS 15 it comfortably hits 290MB/s and above.
As you would expect this is fully backwards compatible, so attaching this to a
gigabit switch and transferring files from my server I managed to achieve
around 115-120MB/s consistently.

This is one of the only USB-C multi-gig adaptors on the
market, while it is not cheap, it is affordable compared to the current options.
At the moment on Amazon, there are a small number of 10G products, most of
which cost £150+ and require Thunderbolt 3 and are massive.

The QNAP QNA-UC5G1T USB 3.0 Type-C is the most appealing alternative, this is cheaper the 5GbE TRENDnet at around £80, but £5 more than the 2.5GbE I have tested and current reviews indicate there could be issues with drivers.

Overall, if you have a multi-gig wired network and want a semi-affordable way to access these speeds on a laptop or USB-C equipped desktop, then the TRENDnet USB-C 3.1 to 2.5GBASE-T Ethernet Adapter is one of the best solutions on the market.

In the UK we seem to get a worse deal than normal, quite often US and UK prices are at parity for products, this is £75 vs $55. Sadly, without much competition, it is still one of the best buys available.