Twitter has provided some new insights into its product and growth strategies as part of its latest Analyst Day overview for investors.

And the platform has set itself some ambitious targets – take a look at these projections for user growth:

That’s 123 million more users to be added within the next three years (Twitter is currently at 192m mDAU). For context, Twitter has added only 83 million mDAU over the past three years. Twitter’s also looking to double its revenue, rising from $3.7 billion in 2020, to at least $7.5 billion in 2023.

Some ambitious growth targets indeed, and aggressive goals for Jack Dorsey and Co.

The company has a few new projects in the works – first off, Twitter’s developing various new subscription-based features, which will enable creators to monetize their Twitter following.

The first element on this front will incorporate its recent acquisition, newsletter maker Revue, which Twitter is working to integrate into Twitter profiles with new ‘Subscribe’ buttons to drive sign-ups. 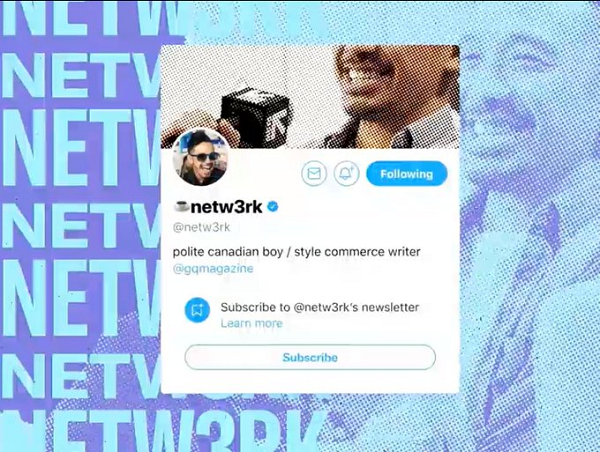 Twitter has already started to integrate Revue into the broader Twitter experience, providing an easy way for Twitter users to create their own newsletter, which they, ideally, can then monetize via their on-platform audience. By prompting more users to get into newsletters, they can then start to segment more dedicated audience groupings, which will not only lead to direct revenue options like this, but also new ad options via newsletter placements.

In addition to this, Twitter’s also working on a new ‘Super Follower’ option, which will enable Twitter users to directly monetize their presence by offering exclusive content to paying members. 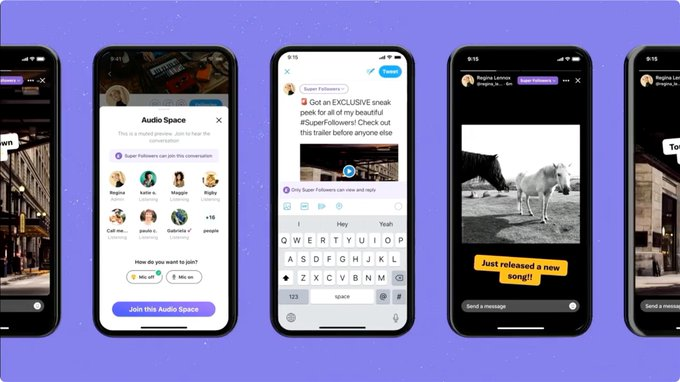 Bloomberg reported earlier in the month that Twitter is considering several new subscription and revenue options with a view to reducing the company’s reliance on ads, while also providing more incentive to keep top users tweeting more often. ‘Super’ appears to be where it’s headed on this, which could open up new opportunities for platform influencers to subsidize their efforts.

But it’s not just individual creators that Twitter’s looking to boost – the company is also working on its own variation of groups, with new, dedicated Communities on the platform.

As you can see here, Twitter’s Communities would provide new ways to share content with dedicated groups, not all of your followers, expanding the platform’s focus on topic-driven discussions, not just individual profiles.

Indeed, Twitter says that topics are driving a significant increase in recurring usage, and as such, it’s also looking to significantly expand the amount of topics to choose from forward.

Communities works along the same lines, while it could also change the way Twitter is used, with people able to more specifically engage in different discussions without having to create a separate profile. That could also keep people engaged for longer, as they shift around between their differing areas of interest with dedicated spaces in the app.

And another project of interest – Twitter is developing dedicated business profiles, which would include more business information. 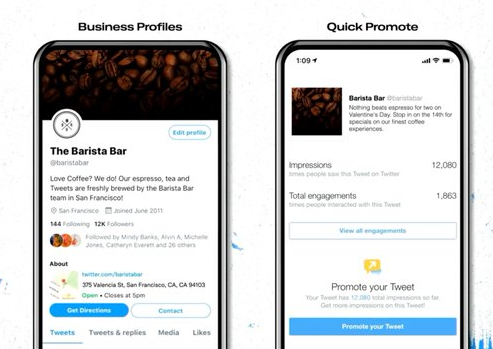 It’s interesting to consider the varying implications of these new approaches, and how they’ll contribute to Twitter’s growth. The platform’s usage has slowed in the US in recent times – which is a concern, given that Twitter was the platform of choice for former US President Donald Trump. The view was that Trump’s affinity for tweets would drive more usage and engagement, and without a Trump boost, that could slow the platform’s momentum. But Twitter notes that it’s seeing increased growth in new markets, with a 74% increase in mDAU in India specifically.

That presents a whole new set of opportunities, and if Twitter can also provide more incentive to keep users on-platform for longer, and tweeting more often, that, ideally, will see it meet its new growth targets.

But it will be a challenge. The platform has been pushing harder to introduce more new elements faster in recent times, and part of that push has come from activist investors, who have essentially given CEO Jack Dorsey a deadline to either improve the company’s performance, or move on from the role. That’s likely behind this new, ambitious growth strategy, and that, inevitably, will put Twitter up against it.

Can the company, which has been notoriously slow in its product development in the past, suddenly and rapidly increase its momentum to meet these new benchmarks?

123 million new users in three years will be tough, but there are some interesting developments on the cards.