Twitter’s Working on a New Collaborative Option for Fleets

It hasn’t even been released in all regions yet, but Twitter already looks to be testing out a new iteration of its Fleets tool, which would enable users to create collaborative Fleets, which is Twitter’s version of Stories.

As you can see in this example, posted by Amrith Shanbhag (and shared by Matt Navarra), the new option would see the creation of double-bubble Fleets, with contributors merged into a single stream. Tapping through on that would seemingly enable followers of the two users to view their collaborative Fleet. 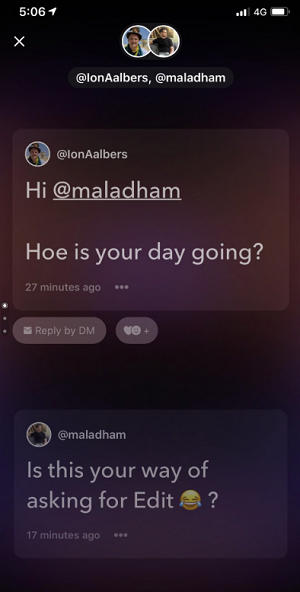 That could provide a range of new use cases, including interviews, real-time highlights from events, GIF wars, etc. We don’t have a lot of information to go on at this stage, so it’s hard to say what the exact functionality might be, but it could add another consideration to the broader Stories trend, enabling combined storytelling or engagement within a single, temporary feed.

Instagram, of course, does have co-streaming, which produces a similar effect in the Stories bar. 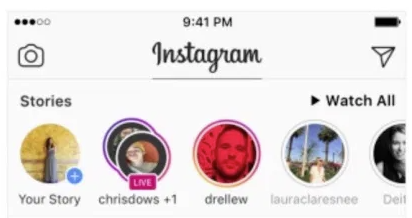 But this only applies to streams – no other platform, as yet, offers collaborative Stories, which could add a unique element to Twitter’s offering.

“It’s actually quite difficult to have a fireside chat when you have a billion people screaming into your ear. Like imagine we had tens of thousands of people in the studio with us right now, talking into our ear while we were talking to each other.”

Beykpour, in this instance, was specifically referring to the challenges of hosting a Q and A session via tweet, because everyone can use an event hashtag and add their thoughts to a stream, making it hard for both participants and users to follow a single thread.

That’s what lead to Twitter developing its new controls over who can reply to your tweets, which are now in testing with some users.

Maybe, this Fleets option would align with that focus, and provide another way to facilitate more confined, limited conversations within the app.

As noted, Fleets is still being gradually rolled out, with users in Brazil, Italy, India and the most recent addition, South Korea, now able to access it.

As such, it’s somewhat surprising to see Twitter looking to add in new functionality so early in the process – but then again, maybe the initial testing has provided insight into new use cases, which will help Twitter refine the product before its full launch.

It’s an interesting consideration either way – we’ve asked Twitter if they have any further insight to share on the option, and Fleets in general, and we’ll keep you updated on any response.

UPDATE: Twitter has confirmed the test, providing this statement:

“We are testing something new for some people using Fleets in Brazil so they can Fleet with another account and everyone can see their conversation for 24 hours. We are trying this to understand how people might use this new way of having conversations in Fleets, as part of our bigger efforts to better serve the public conversation and encourage people to share fleeting thoughts.”