Xiaomi has been releasing phones left, right and centre and with the official UK launch of the Realme 6 Pro today we now have 3 superb options featuring the Qualcomm Snapdragon 720G.

The Qualcomm Snapdragon 720G chipset itself is a bit of a strange one, while it is excellent, it is not as good as the Snapdragon 730G preceding it, which now most manufacturers appear to have given up using. 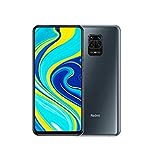 With all three phones using the Qualcomm Snapdragon 720G, it is worth looking at what sort of performance you will get, and how it compares to existing chipsets.

Phone makers are becoming increasingly bad for their complex product naming. It feels like they launch phones in respective countries on the assumption that no one in the world has access to the internet and assume we are oblivious to all the different names. Currently, Oppo is probably the worst company for this, Xiaomi is not far behind.

We have three phones, all similar names, all almost identical.

The only thing differentiating the two models is slightly more RAM either 6GB/8GB vs 4GB/6GB and a 64 MP primary camera vs 48MP. Then the Pro/Max has a 30W charge vs 18W of the 9s. Hardly seems worth a second model to me.

[Update] I am not 100% sure but it looks like the Redmi Note 9s lacks NFC while the global Redmi Note 9 Pro does have it.

Both the Realme 6 Pro and Note 9 Pro Max have the same base models with 6GB RAM and 64GB storage they then go up to 8GB/128GB.

All the phones use UFS 2.1 for the storage, and they all can be upgraded with microSD.

With the Redmi Note 9 being almost identical, they have the same display, which is 6.67 inches running at 1080 x 2400 pixels at a standard refresh rate of 60Hz.

The Realme 6 Pro is a bit better with a 6.6-inch display running at 1080 x 2400 pixels, but its display refreshes at 90Hz giving you a smother UI which also helps with gaming.

The Redmi Note 9 Pro has:

The Realme 6 Pro has:

I have not used the two Xiaomi/Redmi devices so I can’t comment on how well they do software processing. However, I was impressed with the Realme 6 Pro, and from a hardware point of view, they clearly have the best camera, with the versatility of the telephoto lens. The dual selfie is a nice tough, but it does also mean you get a larger punch hole taking up your notification area.

Other Features – No NFC on the vs Redmi Note 9S

All the phones have a 3.5mm headphone jack. The Realme 6 Pro is listed as using high resolution
24-bit/192kHz audio

The Realme 6 Pro has NFC, but with the Xiaomi, it gets a little confusing as this depends on region. To the best of my knowledge, the global Redmi Note 9 Pro will have NFC, but I am struggling to find any reference of NFC on the 9S. It is confusing, but it is what it is.

All the phones are classed as splash resistant or splash poof, what that actually means is anyone’s guess. I assume it can get a bit wet, but if breaks then tough luck.

All the phones using IPS displays, so none of them use under-display fingerprint readers. They instead have side-mounted options.

I have said it multiple times now, but the Realme 6 is a better buy than the 6 Pro. With the price of £219/£269 you save a big chunk of cash, the phone performs the same (arguably better with the Helio G90T), but you do lose out on the telephoto lens and that second selfie camera.

With the Note 9S lacking NFC and the Note 9 Pro likely costing around £300, I think you would be much better getting the Xiaomi Redmi Note 8 Pro with 6GB RAM 128GB storage for £216. The camera is almost the same, and the Helio G90T offers similar if not better performance. The downsides are a smaller battery with slower charging and a notch instead of a punch hole.

The Realme 6 Pro is comfortably the best-specced phone of the three, but this then also means it is more expensive, how expensive that is, remains to be seen.