YouTube has rolled out some new tweaks to its playback options, making it easier to switch viewing format as you watch, turn on captions, find specific parts of each video, and more.

First off, on chapters – back in May, YouTube gave creators access to a new Chapters listing option which segments your video playback timeline into variable chapter lengths, which, when highlighted, expand the specific timeline section and provide a description of what that section is about.

0:00 Get excited…
1:00 The Video Chapters feature is officially here!
1:30 When Chapters are enabled, viewers watch more of the video, and come back more often on average.
2:30 Test chapters on your own videos by adding a set of timestamps starting at 0:00 to the description. pic.twitter.com/FIFLbLImaj

Now YouTube’s further adding to its chapter display, with a new list view that you can access by tapping or clicking the chapter title in the player.

“You’ll be able to see a complete list of all chapters included in the video you’re watching, each with a preview thumbnail of what you’ll find in that chapter. Save time by quickly jumping to the part you’re interested in.”

That could make it much easier to find specific elements of each clip – while it may also help Google highlight key video segments within search results, which might also be an SEO consideration.

YouTube’s also looking to make it easier to switch on captions during playback, by moving the button to a more prominent location. 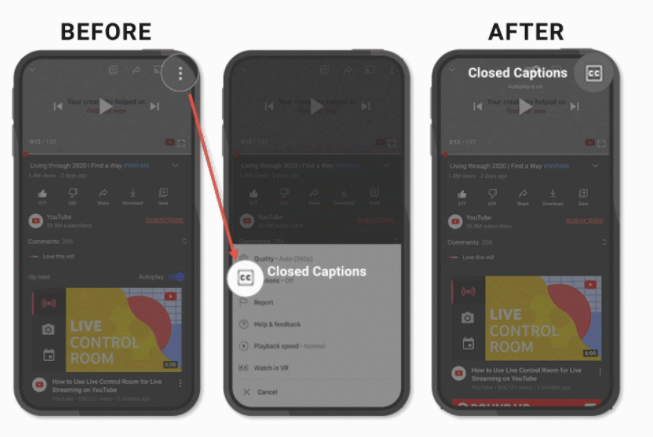 That will specifically make it easier to switch on captions on phones, with the button now on the video player itself, as opposed to a separate functions list.

YouTube’s also moved the autoplay toggle on mobile for the same reason, making it easier to turn on or off while you’re watching, and again, overlaying the control onto the playback itself. 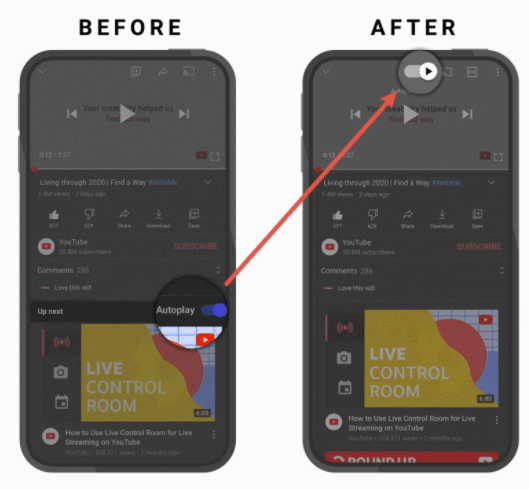 “Simply swipe up to enter full screen and down to exit. And if you’d rather see how much time is counting down vs. the time that’s elapsed in a video, now you can simply tap the timestamp to switch back and forth.”

I mean, you could just tilt your phone and YouTube would automatically adjust in most cases, but this provides another, easy option to switch your orientation to enhance playback.

YouTube also recently rolled out bedtime reminders, which enables users to set view time limits for themselves, while it’s also rolling out new suggested actions: “which prompt you to rotate your phone or play a video in VR when we think you can have a better experience”. 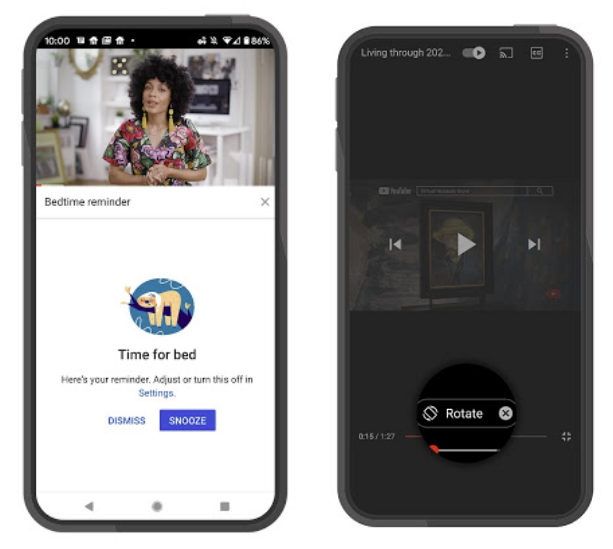 YouTube says it will add more suggested actions in future.

These are all relatively small tweaks and changes, but they could be significant in regards to habitual behavior. The easier it is for people to use each function, the more they’ll do so, and that could increase the emphasis on including captions in your video uploads, creating video chapters, considering playback format, etc.

They’re simple updates, but they could have broader impacts, and are worth considering in your creation process.